FROM A STRIVER TO A MUM 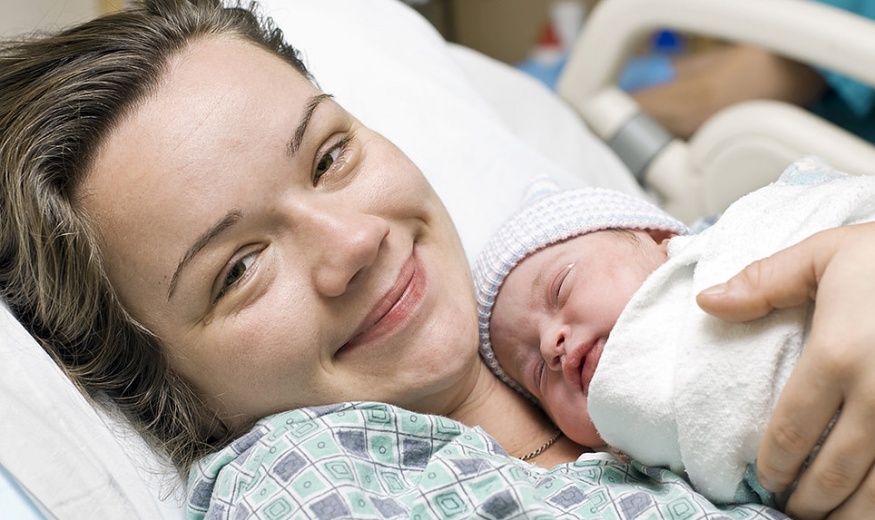 I have always fantasized about a big family. After I finished high school, I refused to continue studying and started to long for a family. My boyfriend and me decided to get married quite young. However, we felt quite ready for marriage and family.

At the beginning, there was a reversal in our happy marriage when we could not achieve the most important for us – to have a child.

We did not understand, we tried the possible and the impossible.  Our relationship was marked by an unsuccessful desire for the child. We were not giving up. But still, nothing we tried helped. The carousel started: an expert and non-expert assistance, pieces of advices given by everybody round us, Internet forums, websites, travels to nature which might help, travels to the people who might help. Active discussions intended for "strivers". Nothing.

After our endless efforts and impacts on my health, various attempts caused that I was stubbornly rejecting a mention of further effort. At the time, I broke off lots of contacts, and I stopped to give advice on the Internet along with other "strivers". I was unable to speak or hear about a child. I started to work to the fullest, but that caused that my relationship with my husband chilled. And even though it seemed that the end of my efforts for the child would mean the end of our marriage, I was wrong. Then, my husband found the last piece of his energy and expended his effort. Not only for the child but also for our marriage.

My husband gave me some nutritional supplement or Christmas. We had been previously using nothing of the sort, and we had not been interested in such things, so the gift surprised me a lot. He told me that he had heard about it several times, it contained organic iodine that accordingly can help me be less tired and more active at work as I had already been so busy. I was delighted that he accepted my focus on the work and finally understood that the common descendant is probably not destined for us. Even though my heart suddenly ached because of the thought, my mind told me that it was good that way.

I had a strange feeling when my husband forced me to drink a spoon of the supplement he gave me for Christmas every morning before leaving home. The truth is that after about a month, I strongly felt the release of tension, which had been accumulated in me over the years, and overall, I started to feel “healthier”. At the same time, a bottle of this supplement run out. I did not find it important, and despite vitality, I felt after taking it, I did not feel like shopping around for it again. However, my husband surprised me again and gave me another box with the inscription JODA ORGANIKA the very next day. I was surprised a little bit though, but my husband did not have to convince me to take a morning dose of a spoon any more. I felt better, and I started to become a big fan of this nutritional supplement.

When I was halfway through the second bottle of JODA ORGANIKA, something that no one expected happened in my life. My period was late, but I did not care. Until I started to vomit without reason in the morning. A doctor confirmed for what I had already been waiting for 6 years and in what I had completely stopped believing. I was pregnant. I cried for surprise and happiness.

I couldn't understand it because it was already a year since I stopped trying any methods. However, shortly after my husband and I cried for joy over the news which was more than lottery winnings, my husband confessed to me.  He bought me the nutritional supplement for Christmas exactly with this intention. Accordingly, it helped a wife of his former classmate with whom he spoke about that at a class meeting. My husband then decided to try it, and he promised himself that if it failed, he would not tell me anything about his intention with which he bought this nutritional supplement for me. Today, we have a beautiful son, for which we are immensely happy.

The organic form of iodine that JODA ORGANIKA contains is very important for the body. It nourishes the thyroid gland, which has a beneficial effect on the whole endocrine system and the correct production of hormones. I have already recommended nutritional supplement JODA ORGANIKA to my whole family and all friends, and I decided to recommend it to others as well.

FROM A STRIVER TO A MUM