THE STORY OF JODA ORGANIKA 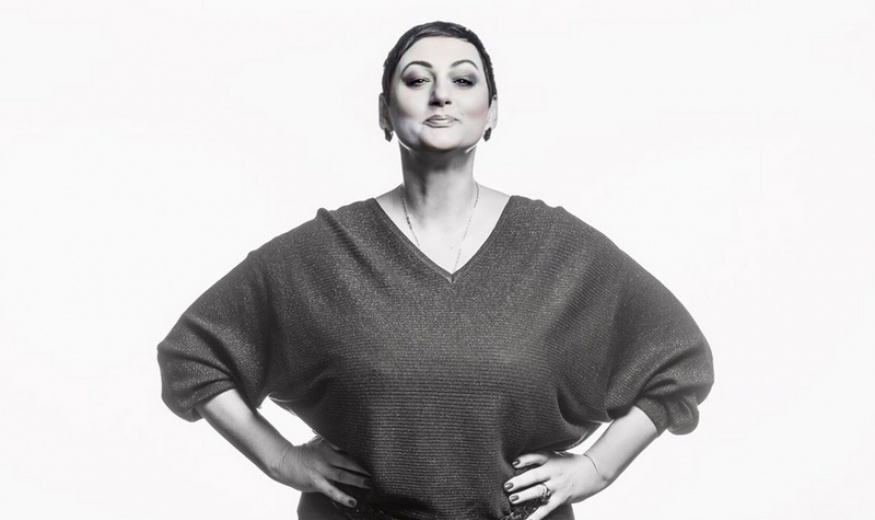 Once I heard that the notorious story of their inventor hid behind the significant discoveries that changed the world. Even my story is worth it. A story that I have survived on my own skin and which has brought me on the path of long search. During this trip I managed to find something that changed my life. What I found helped and still helps not only me, but many others.

I have always been cheerful, energetic and full of life. I danced, laughed, dreaming. I always wanted to make my dreams happen as soon as possible. Family care, career building, fun, traveling. I've been able to rejoin everything without exhausting anything. I never thought it might come a day when I could not get out of bed. I could not imagine that one day, fatigue will not allow me to do what I love. I have met with stories of people who have not been allowed to live the way they desire. I was very sorry for these people, I was wondering how to help them, but on the other hand, I still ignored the fact that something similar could also be of concern to me.

Today I know that I could not help them at the time. One can not understand the misery of another unless he tries to walk in his shoes. I believe that, in order to help others, I had to go through something that helped me and help others. Feeling endless fatigue, extreme weight loss, hair loss. Some of the many symptoms that suggested that something with my body is not right. Not only the inability to do what I enjoy and do, but also the difficulties in day-to-day duties have forced me to find a doctor. He diagnosed my autoimmune thyroid disease. The forecasts were not very pink - I will be reliant on drugs until the end of my life and I will have to face the health problems that this disease causes. However, I could not but accept that.

I've been trying to find my chance all the time where there seemed to be no way out. I did not give up. I prayed that this disease, which seemed to be a vicious circle from which no way out, had its hidden "escape route". Diagnosing the disease for me did not mean a final judgment, or just the opposite. It was the right driving engine that brought me to look for options that I could help not only myself but also everyone in a similar situation. I have learned that a person can acquire knowledge and know how to orient himself in an area he has never before been exposed to when he is exposed to a particular problem.

So I became more interested in my body, the organs and their functions. I got information about everything about the thyroid gland, its functions, and the vital processes that are associated with this tiny, but more important, organ. It was a study of professional literature in printed and virtual forms, interviews with doctors and pharmacists who were willing to discuss various options for treating thyroid disease. As a result, we already know that it is just the iodine that affects the proper function of the thyroid gland. I was interested in concentrating on the organic form of iodine. It is actually only found in seafood, but we also have health threats such as heavy metals, especially lead and mercury, for marine and ocean pollution. However, I believed that there must be some solution in this case as well. I summed up all the findings and decided to take the next step and try to find a way to make an organic iodine form. I followed a further study, especially chemistry, to understand the principle underlying the chemical processes and transformations. I did that, but the theoretical plane was not enough. I contacted several other pharmacists and pharmacologists and asked them for help. I presented them all my knowledge so far and suggested a possible solution. I was able to reach out to a group of scientists who have explored the possibility of creating an organic form of iodine.

The result was the organic form of iodine in pumpkin oil. Then follow many tests studies. Besides them, my use of the created product also played my part. The results with the doctor have improved, which has changed my life so far. I offered organic form of iodine in pumpkin oil to others who suffered from thyroid diseases. The greatest satisfaction was the feedback of these people. They recorded a change that was reflected in the gradual improvement of results, just like in my case. Before the official launch of the product, various tests were carried out, in particular pilot studies under the control of m. Prof. MD. Štefana Hrušovského CSc., Dr.SVS, which was focused on the study of the influence of organic iodine on patients with hypercholesterolemia. The organic form of iodine in pumpkin oil has also success in this case, as evidenced by the results of the study, which you can read on www.jodaorganika.sk.

The product has begun to spread among people, and thousands of satisfied users now report on its beneficial effects. But behind this great discovery is this story. The one I've lived through alone, so I could help myself and others. In today's world, people are surrounded by a myriad of products that offer help in health as well as in other areas of life. I am very grateful and I look forward to every new discovery that can help the man in the most important - in health. I also help myself, not only by producing organic form of iodine in pumpkin oil but also by other research and development.

With the illness I faced, I was also able to find out that I really enjoyed the chemistry. Especially if it can serve the people. I decided not to just stay on my first product, but by exploring other options I gradually enriched him for "siblings". One of these is the organic form of iodine in linseed oil or the organic form of iodine in capsule form for easier use and storage. In exploring the possibilities of effects and the use of organic iodine, I have also developed 3 types of ointments containing this important ingredient. I believe that I will continue to be able to continue to do research and distribution of organic iodine products.

THE STORY OF JODA ORGANIKA